You are here: Home » News » Product Knowledge » Flexible Bellows and How They Work

Flexible Bellows and How They Work

Flexible bellows are designed and manufactured by Yueding in sizes from DN 25 to DN 12000 and in all materials and types. Our product range can be seen here: Flexible bellows range.

Lateral movement is movement perpendicular to the bellow’s longitudinal axis; it is a shearing movement of the bellows with one end offset from the other, usually with the ends of the bellows remaining parallel to each other. A single bellow expansion joint, working with a shearing action, can accept a relatively limited amount of lateral movement, especially when the flow characteristics of the system demand that an inner sleeve is necessary. For larger lateral movement capability, it is usual to utilize a twin bellows arrangement with an intermediate pipe between the bellows.

Angular movement is the rotation of the bellow’s  longitudinal axis at one end relative to the other, the axis of rotation is taken at exactly the midpoint of the bellow and perpendicular to the longitudinal axis. Flexible bellows using angular movement to control pipe system expansion are almost always used in pairs, sometimes combined as part of a twin bellows unit and sometimes in sets of 2 or 3 in pinned restrained flexible bellows. The intelligent use of the angular capability of the bellows can enable a large amount of movement to be absorbed. In particular, pinned units used in 2-pin or 3-pin arrangements can convert pipe, growth into angular rotation and control the expansion from 2 directions and in 2 planes.

It is important not to confuse angular rotation with torsion. Torsion is a twisting rotational movement around the longitudinal axis; It generates undesirable shear forces within the bellows and its influence on the bellows should always be avoided. Please refer to the section about torsion.

Universal bellow, also known as universal expansion joints, can be designed and built to absorb applied axial, lateral and angular movements simultaneously. Such units usually require a lot of flexibility to absorb significant amounts of movements in combination. However, this often leads to a limited pressure containing capacity due to considerations towards the bellows’ stability.

Important to know about flexible bellows and movements

It is important that the designer of flexible bellows, is fully informed of all the movements to that the expansion joint will encounter. Knowledge of the amount of movement, its direction and any combination of axial.Lateral and angular movements occurring together is essential for the correct design of the expansion joints. 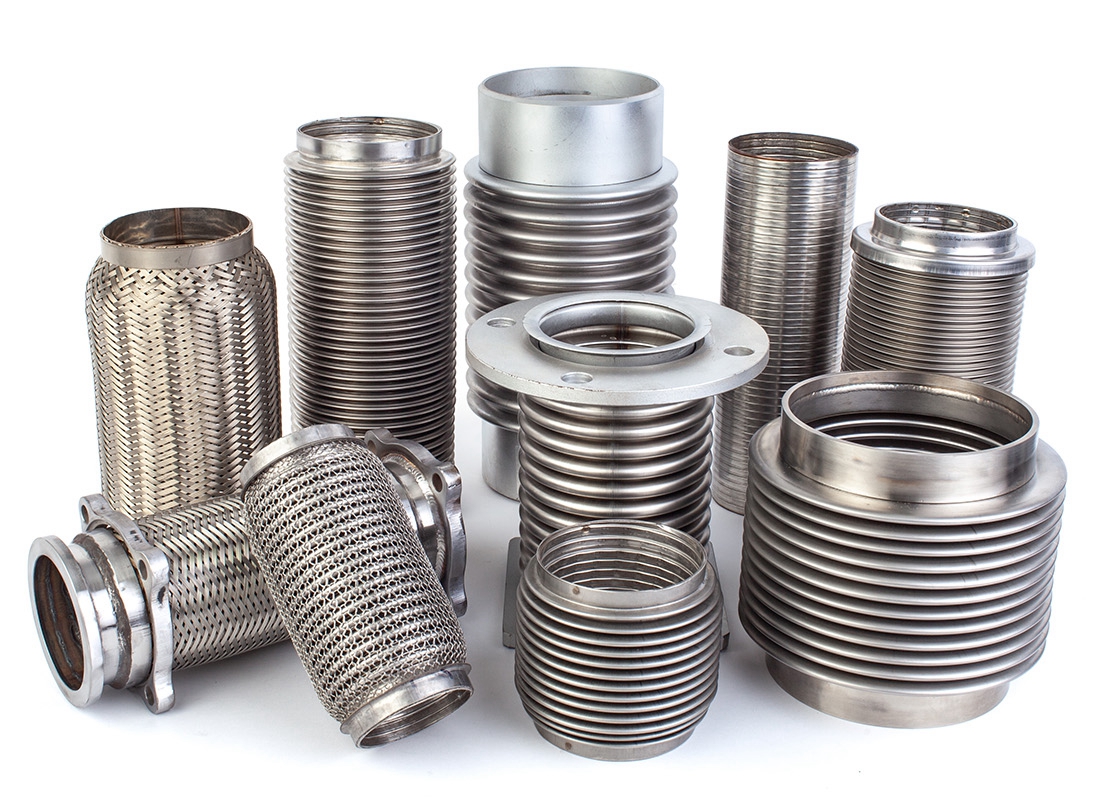